Too often, bystander confusion over what to do, prevents cardiac arrest patients receiving help in time.  So, we asked the experts: when is the right time to start CPR? 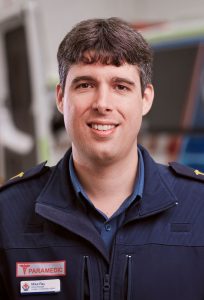 In suspected cardiac arrest, minutes matter. During cardiac arrest, a person is unconscious, their heart is not beating and they are not breathing effectively (if at all).

For every minute that CPR and defibrillation is delayed, the chances of surviving decrease by up to 10 per cent.

Whilst emergency services are on the way, the actions of bystanders can quite literally mean the difference between someone going home again to see their family, and a tragic outcome.

“CPR should be started as soon as possible following cardiac arrest.”

If someone is unconscious (not responding) and not breathing normally, call your local emergency number and start CPR or chest compressions.

Continue chest compressions or CPR until emergency services arrive, the person starts responding or breathing normally, or you are unable to continue.

If you’re unsure, Triple Zero (000) call-takers are expertly trained to assist and will guide you through exactly what you need to do to help save a life.

You can also be prepared for an emergency by completing a first aid course, or watch our short CPR familiarisation video here.

In my experience, most of the general public simply do not initially recognise sudden cardiac arrest.

Why?  The vast majority haven’t experienced an event such as a cardiac arrest.

As a result, when they do, they simply think it’s an unconscious collapse of unknown cause.

Recognition can be made harder because sudden cardiac arrest can sometimes look like other things.

Fitting / Seizure: The patient may begin to suffer what appears to be an epileptic seizure.  This reaction has been caused by the sudden lack of oxygen going to the brain.

Both of these physical reactions are normal in sudden cardiac arrest patients.  Unfortunately, they frequently cause confusion and delays in contacting emergency services.

I’ve arrived at scenes where people have actually said to us ‘Oh he has been breathing!’  Meanwhile, we immediately observe cyanosis – that is, the mottled blue skin, lips, ears and finger nails indicating a total lack of oxygen.

Too scared to perform CPR:  Some of those who do recognise that the person has suffered a cardiac arrest, are too scared to begin CPR in case they make the person’s condition worse!

(You can’t be worse than dead, which the patient is at that time and will remain so unless CPR & defibrillation are undertaken ASAP).

A lot of people are now encouraged to perform CPR by the emergency call taker.  That said, I suspect it’s still an issue with some people who don’t even make the call to emergency services as they don’t wish to get involved.

This potential lack of willingness can come from a perception held by many that they could bet sued if they fracture a rib, or the person doesn’t survive.

To the best of my knowledge nobody under ‘British Law’ (UK, Canada, US, NZ and Australia) nobody has ever been sued as the judicial system views them as being Good Samaritans who have tried their best to achieve a successful outcome.

So, to the question: when is the right time to start CPR?

The recommendations as set by the International Liaison Committee on Resuscitation (ILCOR) have indeed made it easier for people to recognise sudden cardiac arrest.

The acronym is DRS ABCD: Danger, Response, Send for help – and then check Airway, Breathing, perform CPR and apply Defibrillation.

“For Breathing, check: is the person breathing normally – that is, regular, rhythmic, with chest and abdomen rise?  If not, that’s the moment to commence CPR.”

Recommendation that bystanders check for pulse was dropped many years ago, because most laypeople have difficulty locating one.

It’s now down to ‘are they responding to talk and touch? Are they breathing normally?’ If not, commence CPR.

I strongly recommend simply commencing chest compressions-only CPR, to a depth of 1/3 chest depth at a rate of 100-120/minute, or looking at it another way, 2 per second.

Former MICA flight paramedic, John Haines has sold close to 2 million copies of his ground-breaking first aid guides and textbooks – and has even had a first aid recovery position named after him.  You can find out more about John here.